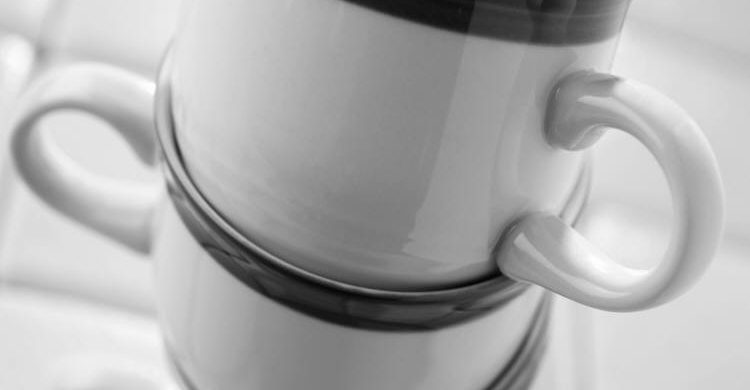 Thousands of people are searching online for information about “coffee caffeine content”, but with all the variables, it’s tricky to arrive at a specific number. For example, the amount of caffeine in a cup of coffee is affected by several things, including the type of coffee beans you’re starting out with and how they’re roasted, ground, and brewed.

There is, however, credible data available on how much caffeine is in a cup of coffee. According to stats on the Mayo Clinic web site, an 8-ounce cup of coffee contains between 95 and 200 milligrams of caffeine–which allows for a pretty wide margin of error. Espresso coffee, which is more concentrated but is served in smaller cups, contains 40-75 milligrams of caffeine per 1 ounce serving. (Seems like the caffeine content would add up rather quickly if you had several cups of it over a short period of time.) The mg of caffeine in instant coffee is even more difficult to pinpoint, possibly because of variations in brands, serving sizes, and blends. An 8-ounce cup of instant contains anywhere from 27 to 173 mgs of caffeine.

One misconception that some people have about decaf coffee is that it’s 100% caffeine free. Although decaf coffee has a lot less caffeine in it than regular coffee, it can still contain up to 12 mgs of caffeine in an 8-ounce cup. That’s not very much unless you’re one of those people who can’t sleep with any caffeine in your system. For most coffee drinkers, caffeine is considered a welcome pick-me-up rather than something to be carefully measured, but if you have trouble sleeping or any kind of sensitivity to caffeine, it makes sense to monitor your caffeine intake.

How Much is Too Much Caffeine?

Now that we have a handle on how much caffeine is in a cup of coffee, the next question to ponder is what would be considered “too much caffeine?” That, of course, depends on the person, but the Mayo Clinic suggests a limit of around 500 mgs a day. Since most people don’t drink more than five cups of coffee a day–or anywhere near that amount–it’s probably unnecessary for most adults to be preoccupied with how much caffeine is in a cup of coffee. Moderation in all things is generally a good rule of thumb, but IMO, really good coffee can not be fully appreciated in small quantities!

And speaking of coffee that can’t be beat, try a bag of freshly roasted coffee beans from the Daily Grind’s online coffee store. You’ll enjoy prompt delivery, great service, and a 30-day guarantee of satisfaction!

Note: For more insights into the question of how much caffeine is in a cup of coffee, check out another blog post I wrote on the topic of caffeine content in coffee.